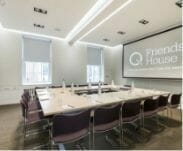 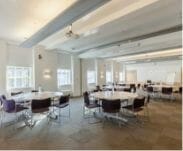 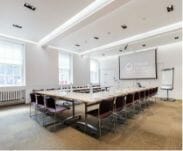 Benjamin Lay was a 17th century Quaker who dedicated his life to campaigning against slavery at a time when wealthy Quakers ‘owned’ enslaved people. He was also a vegetarian, a feminist and opposed to the death penalty.

Lay stood 4ft tall and was born to Quaker parents near Colchester in England in 1682. Moving to Barbados in 1718, he began advocating against slavery when he saw an enslaved man.
In later life, appalled by what he saw as a degraded society and economy, he lived self-sufficiently in a cave in Pennsylvania. He wrote over 200 pamphlets attacking slavery, the prison system and the wealthy Quaker elite of that state.

Lay used unusual protest techniques: at Philadelphia Yearly Meeting in 1738, he ministered against slavery, ending by plunging a sword into a Bible containing a bladder of blood-red juice, splattering nearby Quakers. On another occasion he (temporarily) kidnapped the child of slaveholders to show them how Africans felt when their relatives were taken.

In 1758 Philadelphia Yearly Meeting agreed to discipline any Quakers who bought, sold or imported slaves. “I can now die in peace,” Lay commented and he did, the following year.