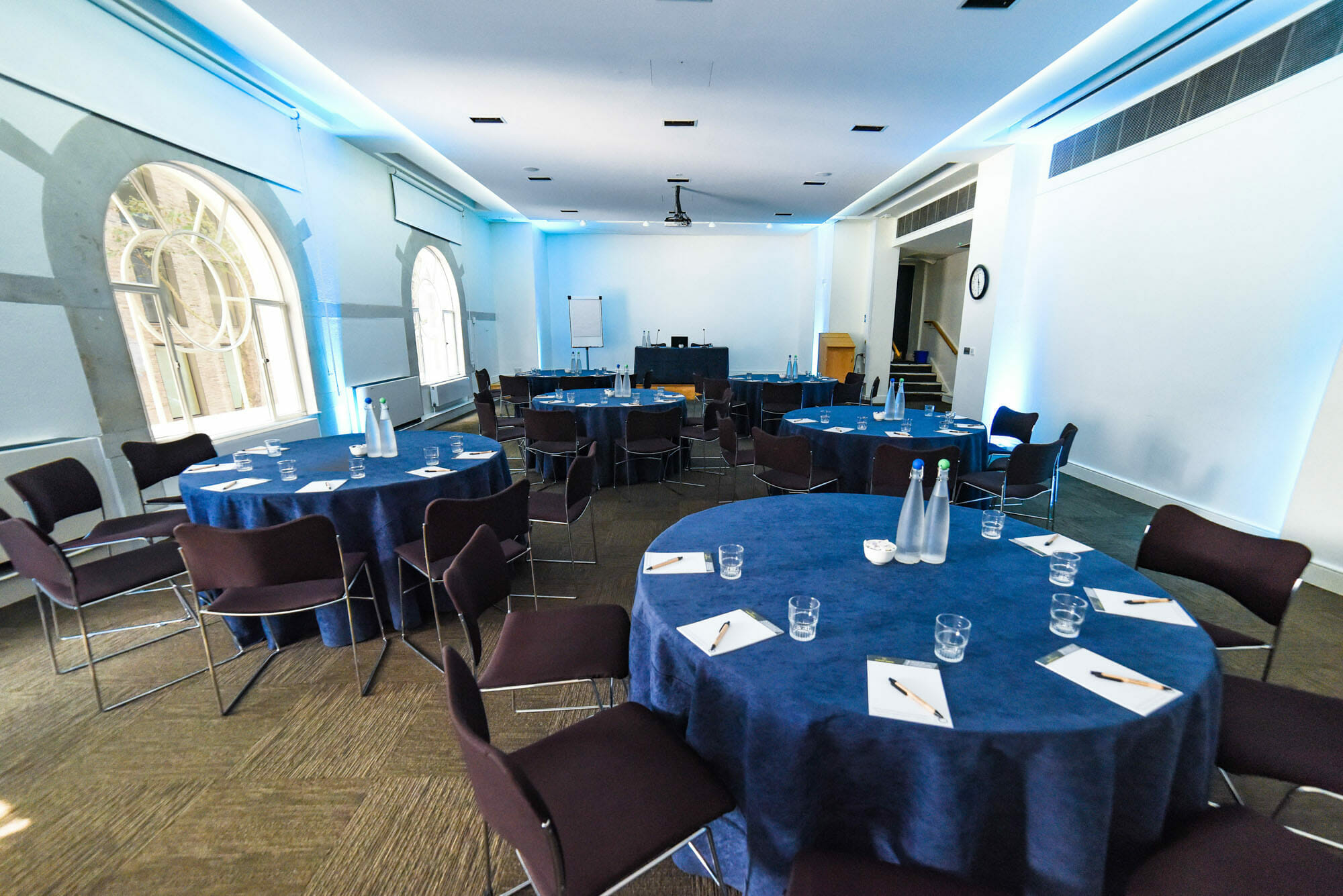 Located on the first floor, the Sarah Fell room is our largest event space after The Light auditorium. With a maximum capacity of 140 delegates, this room is perfect for lectures and presentations. The room also benefits from its own catering space at the back. 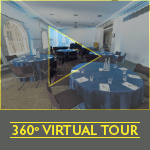 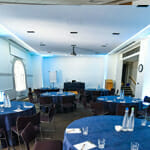 Sarah was the daughter of Margaret and Thomas Fell. She was born at their home, Swarthmoor Hall, in Cumbria. The hall was a centre for Quaker activities in the mid-seventeenth century and significant throughout the movement’s history. Today it is a popular Quaker meeting place, offering residential courses, pilgrimages and retreats, open to all.

In the summer of 1663, Sarah accompanied Margaret – a noted preacher – on her missionary visit to Devon and Cornwall. The following year, Margaret began a four-year prison sentence for refusing to take an oath and for allowing Quaker worship in her home. In her mother’s absence, Sarah became chief overseer of affairs on the estate, carefully recording the income and expenses from raising livestock and produce on the farm. Her transparency in keeping accounts sets an example for today.

The record for 1673–8 can be read in The Household Account Book of Sarah Fell (1920). The book, which details the household economy and living patterns of the Fells, is kept in the library at Friends House. The account book records their conversion to Quakerism that led the family to meet a more diverse range of people. It demonstrates Sarah’s role in the management of the family’s iron forges, and as a local banker. She also founded the grammar school in Ulverston.

Sarah Fell was clerk to the Swarthmoor women’s meeting and the Lancashire quarterly meeting, resigning both only when she moved to the south of England to marry William Meade (c.1627–1713), a London linen-draper and merchant of Fenchurch Street.

Sarah had one son, Nathaniel, born in May 1684, who became a prominent barrister.