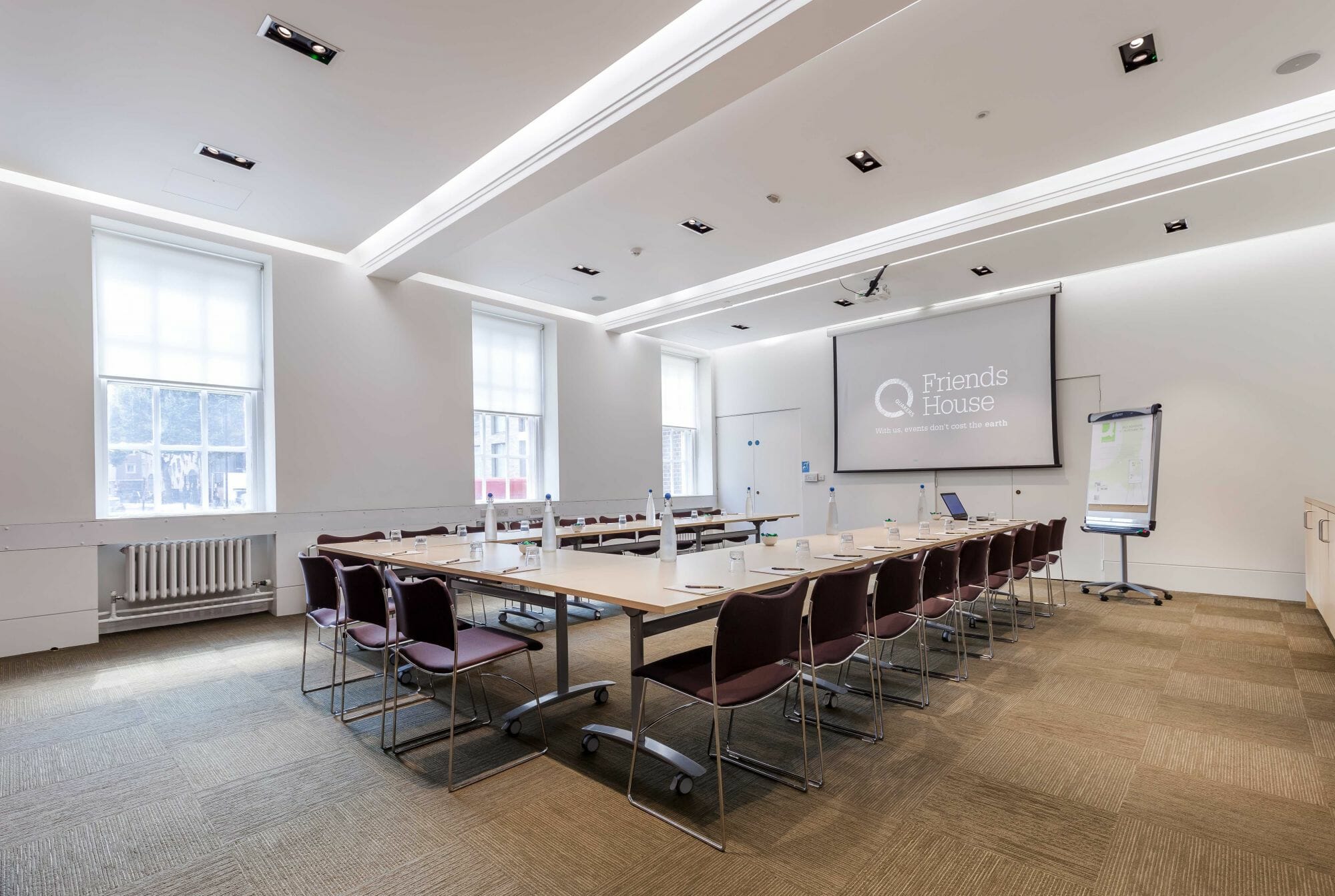 Located on the ground floor, the Waldo Williams 2 room is very bright and offers different layouts. It can hold events for up to 60 delegates. 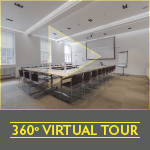 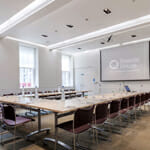 Waldo Williams was one of the most significant Welsh poets of the twentieth century. Born in Pembrokeshire in 1904, he started learning Welsh after his family moved to Preseli in 1911. He studied English at University College Wales, Aberystwyth, and became a schoolteacher.

He had spiritual experiences at a young age, famously while walking in two fields near his house – inspiring one of his most loved poems ‘The Two Fields’/‘Mewn dau gae’. This poem influenced the recent redesign of Friends House garden. Waldo Williams was brought up Baptist but became a Quaker in the 1950s, joining Milford Haven Meeting.

His religious beliefs, as well as his upbringing, led him to pacifism and he registered as a conscientious objector when World War II broke out, although he was too old to be called up to fight. After the war, he continued his conscientious objection to war by refusing to pay income tax until compulsory military service ended. He was imprisoned for non-payment of tax.

In 1959 he stood as the first candidate for Plaid Cymru in Pembrokeshire although did not win the seat. His major volume of poetry is Dail pren/The leaves of the tree, published in 1956.